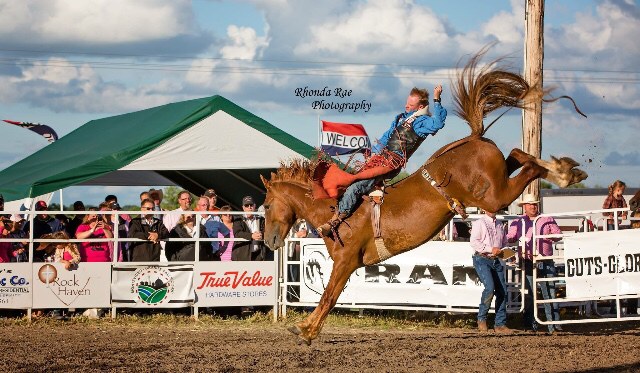 Happy Fourth of July everyone!  As I write this I look back on past years and can only think of one time I have watched fireworks with Logan on July 4th!  I was pregnant and he was “done riding bucking horses”. I’m pretty sure he’s been on the rodeo trail the other times.  The Fourth of July run is the busiest time of the year for rodeo cowboys and cowgirls.  It’s called “Cowboy Christmas” for a reason; there millions of dollars on the line and the biggest concentration of rodeos occur around Independence Day.  Logan and his traveling partners even rent their own private plane to get them to multiple rodeos in a single day.  It gets pretty insane!

Here’s an update of Logan’s Cowboy Christmas so far:

Logan left for Pecos, Texas on Thursday.  Even though he had a great draw there wasn’t much luck to be had.  After a quick pit stop back home and a pep talk from his cheerleader (aka me) he was 88 points on Excalibur of Harry Vold Rodeo Co. in Prescott, AZ where he placed second.  That was a great confidence boost and got the momentum rolling for the rest of the week.

After Arizona was the Rodeo of the Ozarks in Springdale, AR.  He was 86 points and drew a nice little check on Wolverine of Rafter G Rodeo Co.  Paychecks are always a blessing as it helps keep him on the road to the next one.  The next one happened to be in Cody, Wyoming.  Logan rode good there but didn’t have quite the draw he needed to place.  That’s how the game goes; it’s luck of the draw and sometimes it always doesn’t work in your favor.

After Cody he slipped over to Mandan, ND where he was 85 points on a colt of Dakota Rodeo Co.  He is still tied for second there as I write this.  It was a short drive from Mandan to Kildeer, ND where he rode Tuesday night.  Again, it’s all luck of the draw.  The colt he drew wasn’t having it’s best day and he was offered a reride; unfortunately the reride would need to occur on July 4th, but he already had two rodeos to be at that day.

Logan and his traveling partners boarded their plane early on the Fourth of July to head to St. Paul, Oregon.  I was excited about this rodeo because Logan placed there last year for a nice little payday.  He got on two head there; the flank strap fell off of his first horse and he was offered yet another reride.  I regret to say that there wasn’t much luck in St. Paul this year.  The only thing he took from there was a busted up nose.  Thankfully you don’t ride bucking horses with your nose.

I’m sitting on my back porch typing this blog post.  Logan just text me and said their plane leaded and are en route to the next horse.  It’s going to be a photo finish at West Jordan, Utah!  I always get a little anxious when he is on the road.  He’s had a pretty good week and there’s still a lot of rodeo left.  I constantly check my phone and wait for the news from his rides.  I look forward to those messages that say 85 or more, but I’m just thankful that he is healthy and gets to glorify the Lord on a whole new level.  It looks like the Corbett girls will be watching for the phone and fireworks to light up tonight.

Stay tuned for more updates regarding Logan’s Cowboy Christmas adventures and check out http://www.prorodeo.com for updates on Logan and all your favorite cowboys and cowgirls.

View all posts by buckinghorsesandburpcloths